Since 2006, the National CyberWatch Center has produced the Mid-Atlantic Collegiate Cyber Defense Competition (MACCDC) – along with many academic, industry, and government partners.

The MACCDC provides hands-on application of information security skills to enhance students’ understanding of both theory and practice. The MACCDC fulfills the same role as a capstone project in a traditional cybersecurity academic program (i.e., projects that allow students to synthesize and integrate knowledge acquired through course work and other learning experiences into a project usually conducted in a workplace). Lastly, the MACCDC combines legal, ethical, forensics, and technical components while emphasizing a team approach. 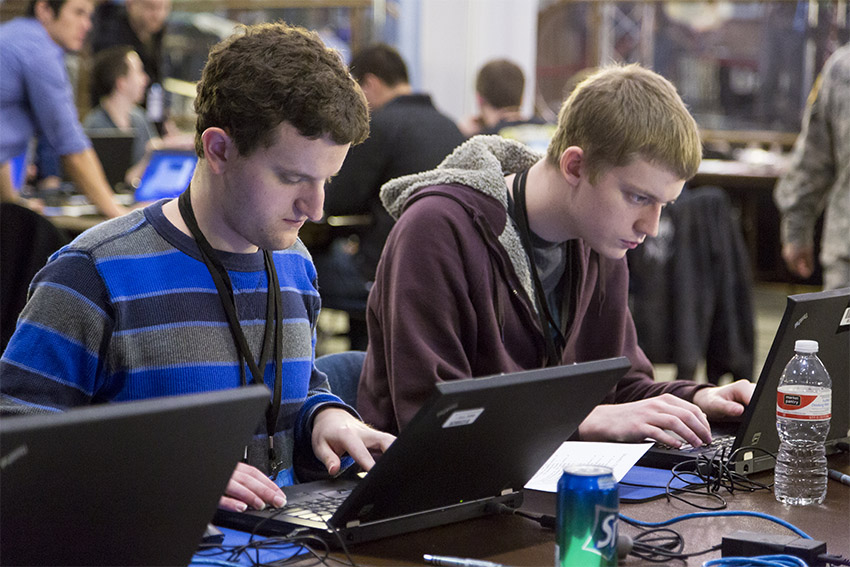 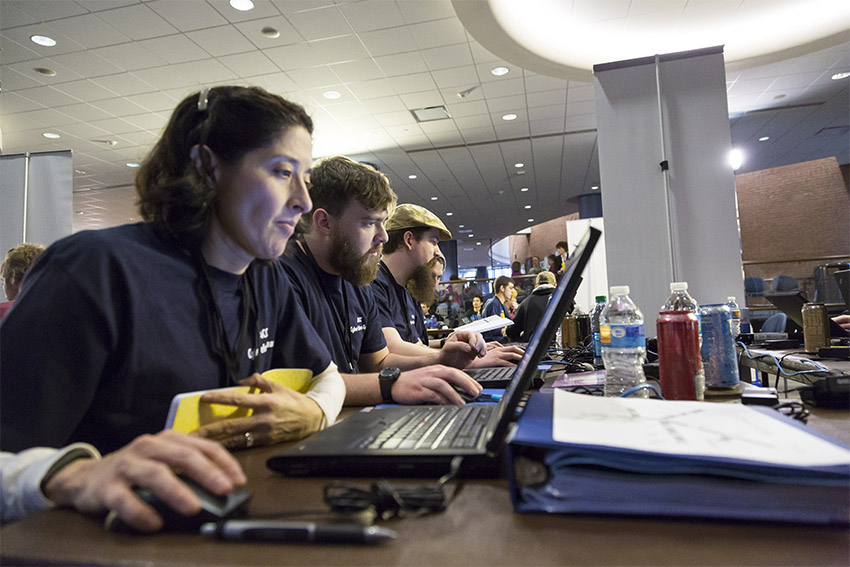 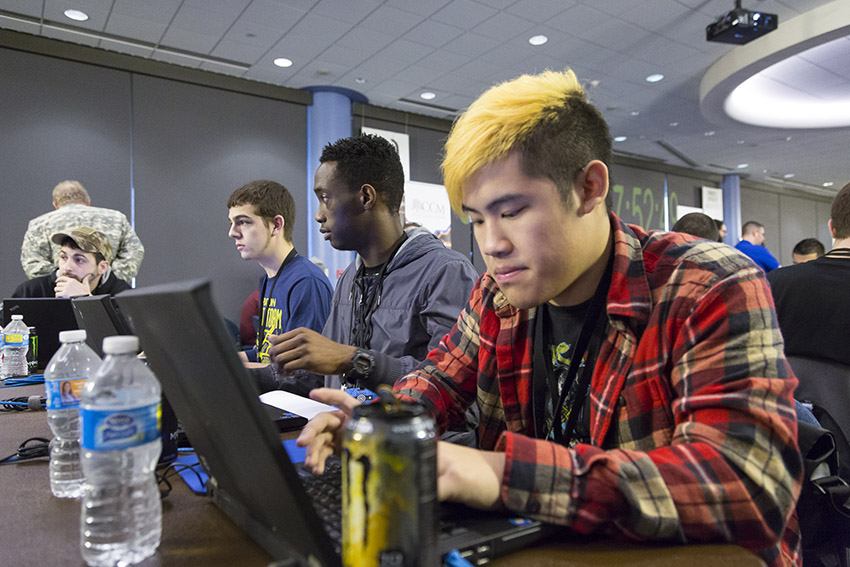 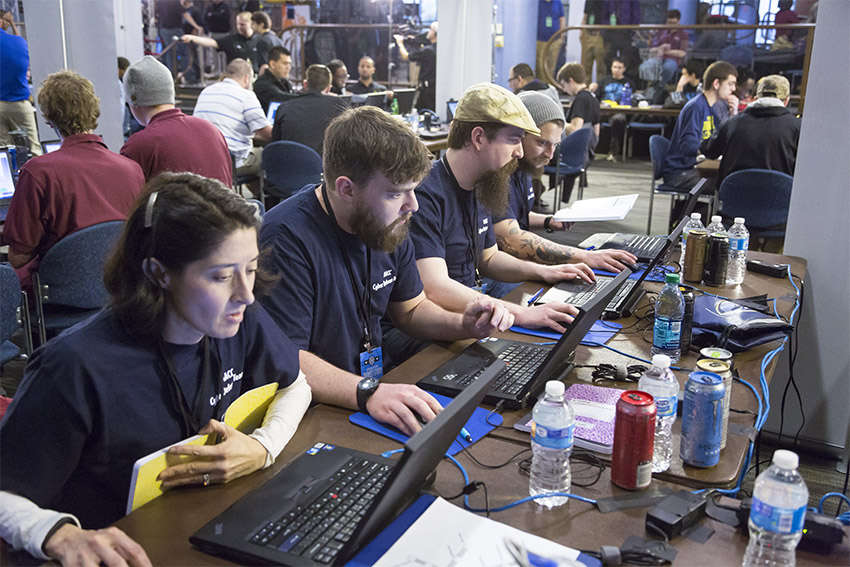 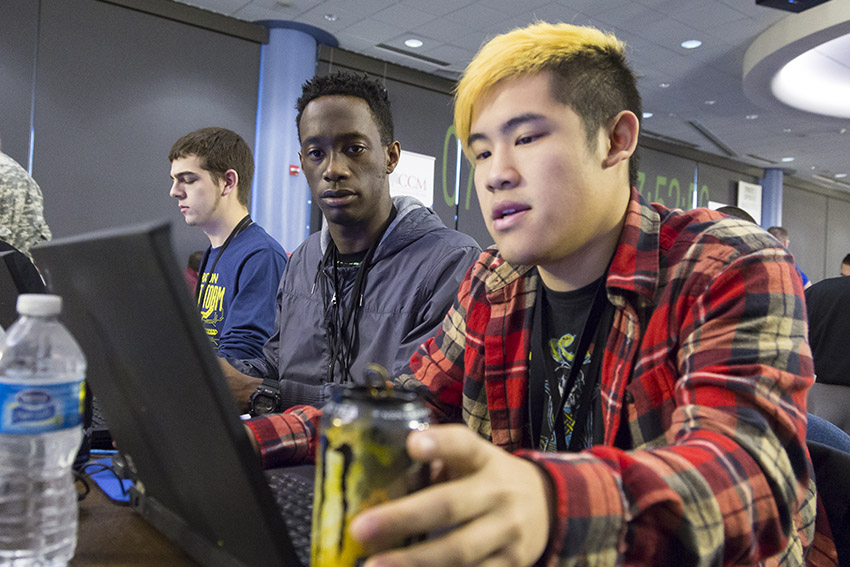 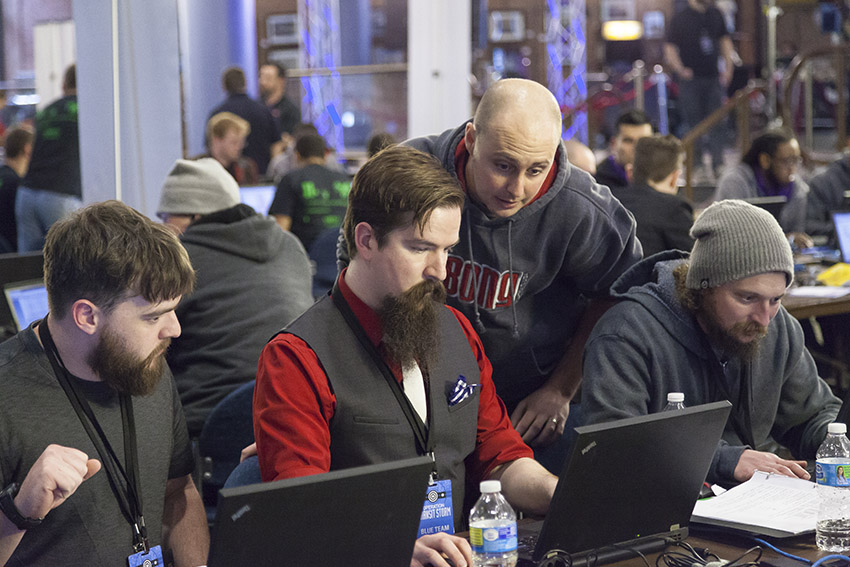 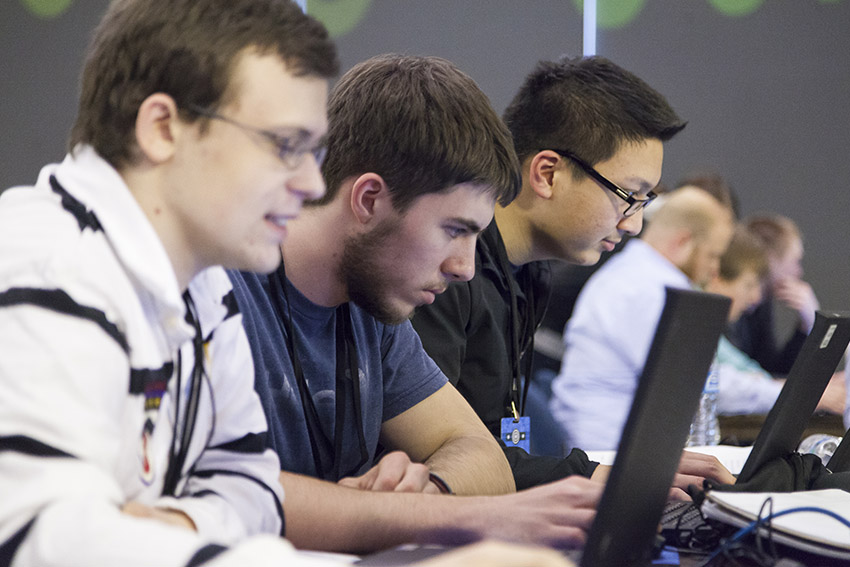 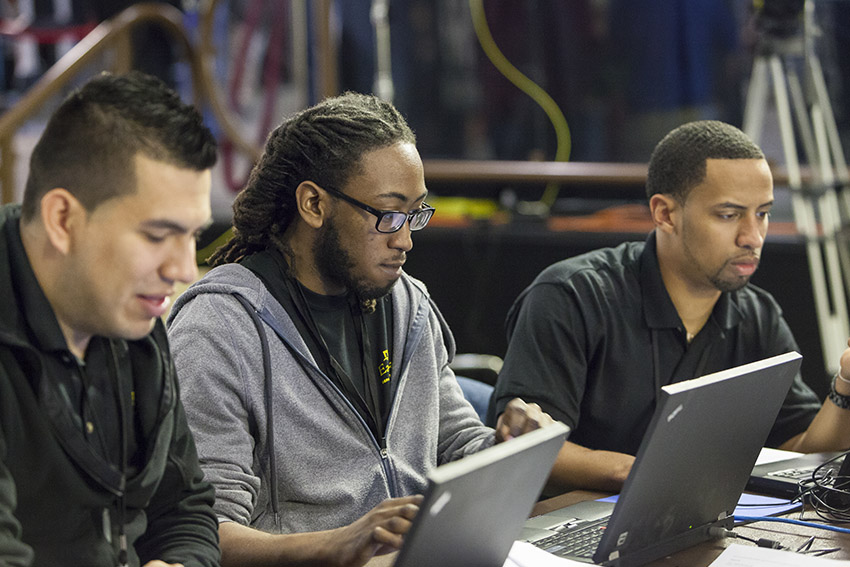 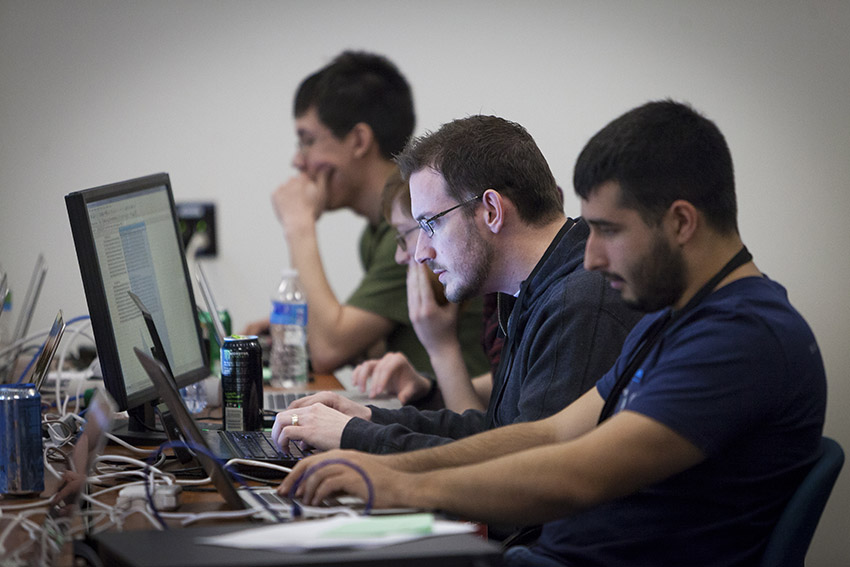 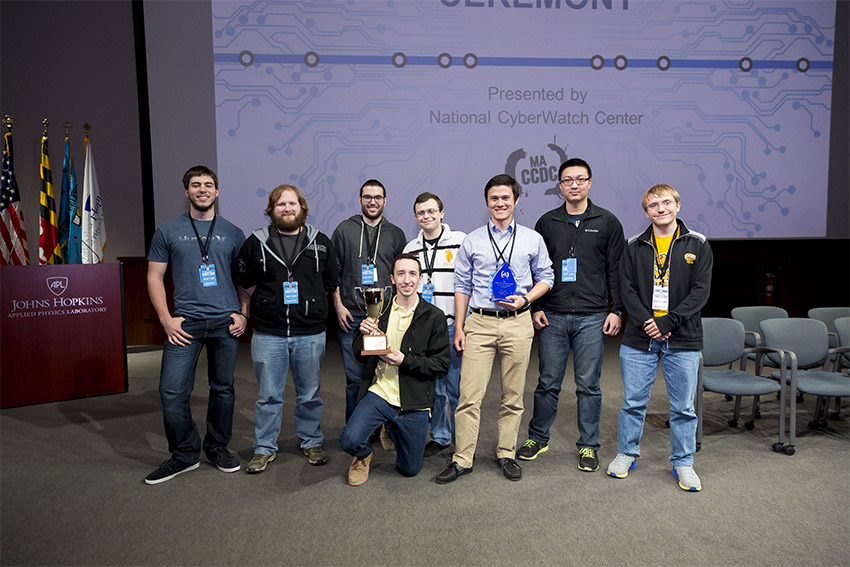 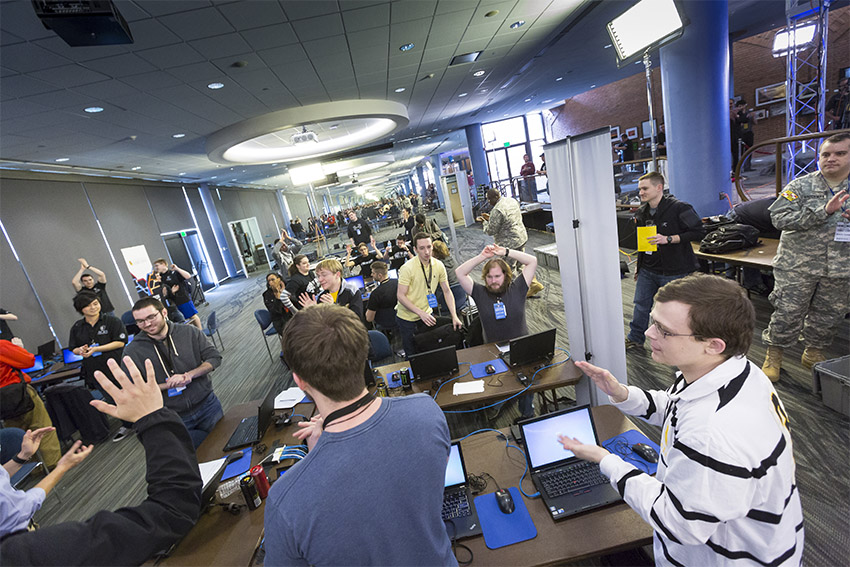 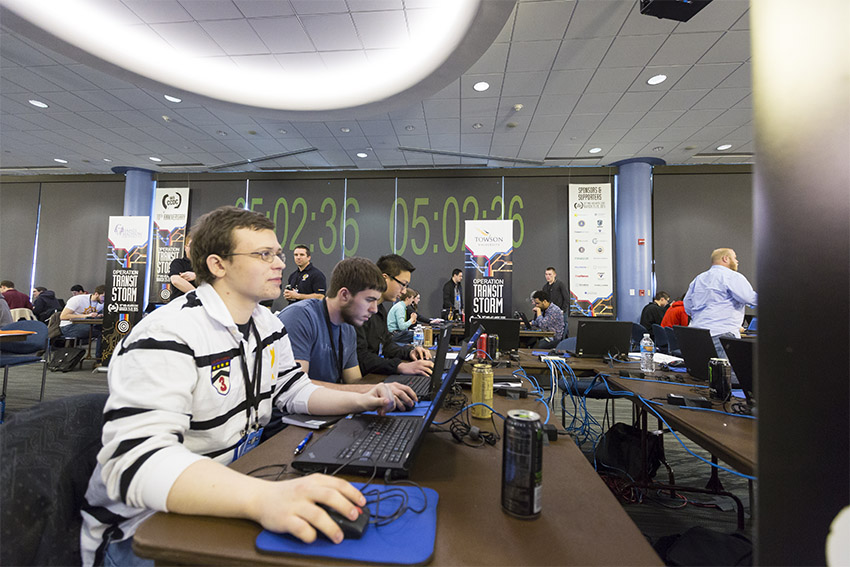 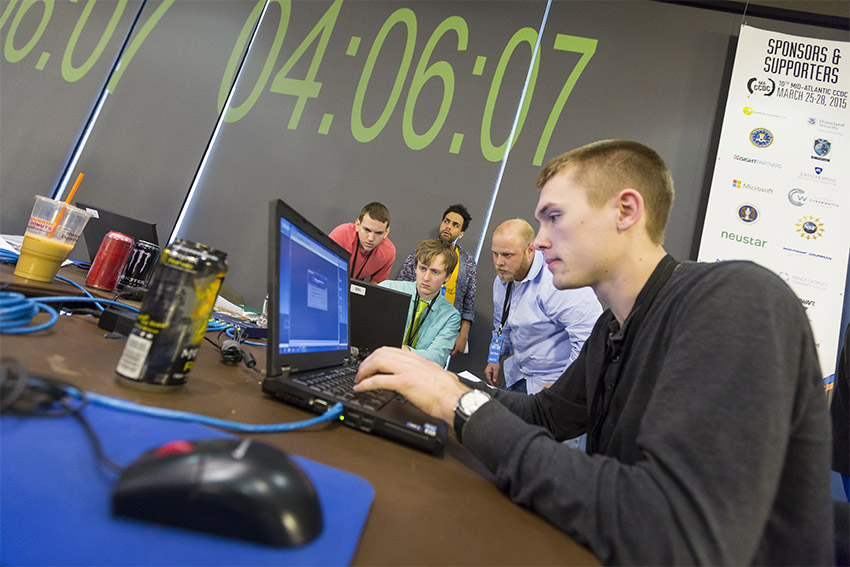 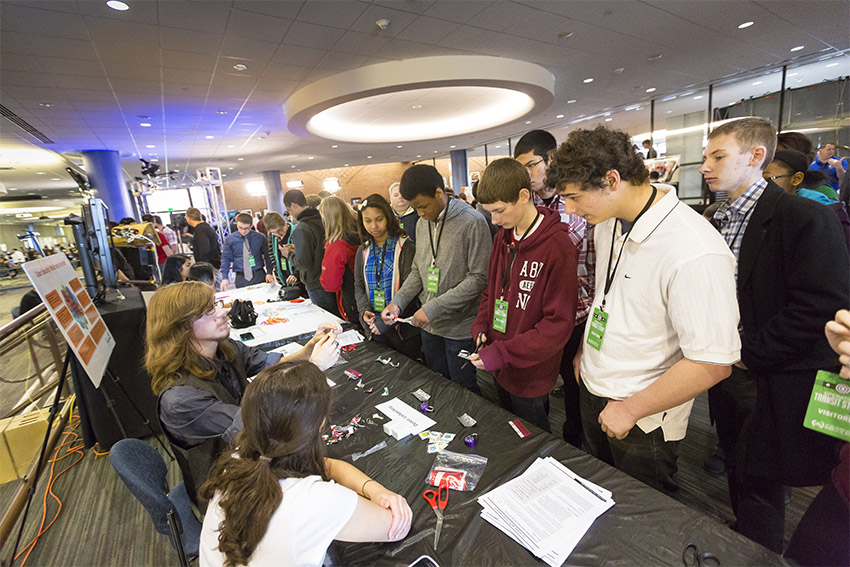 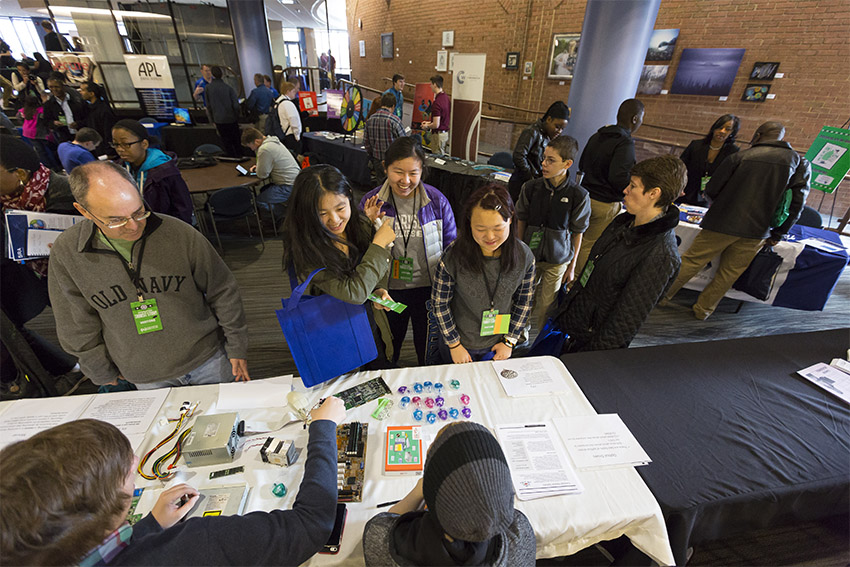 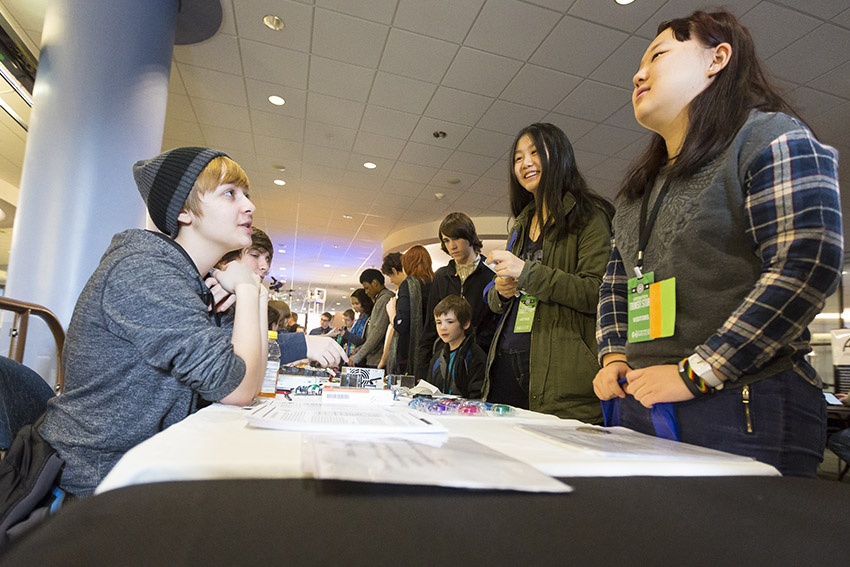 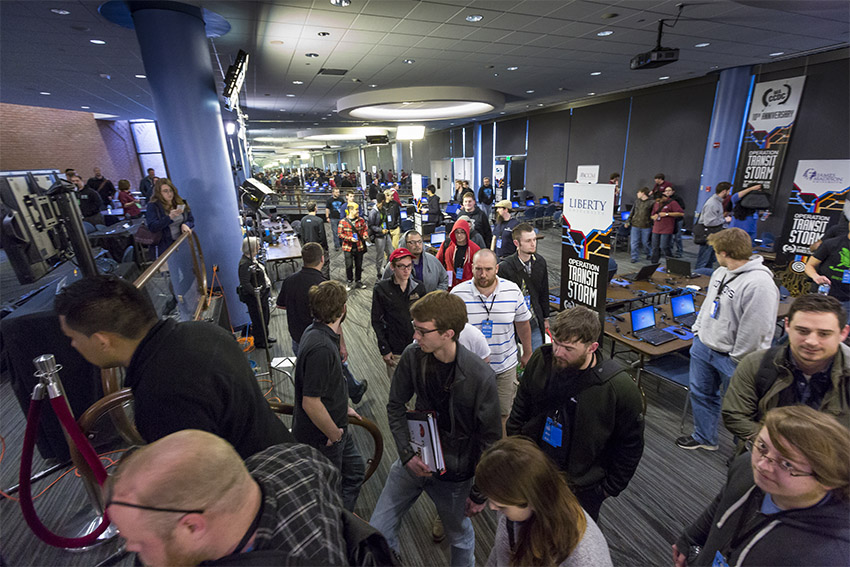 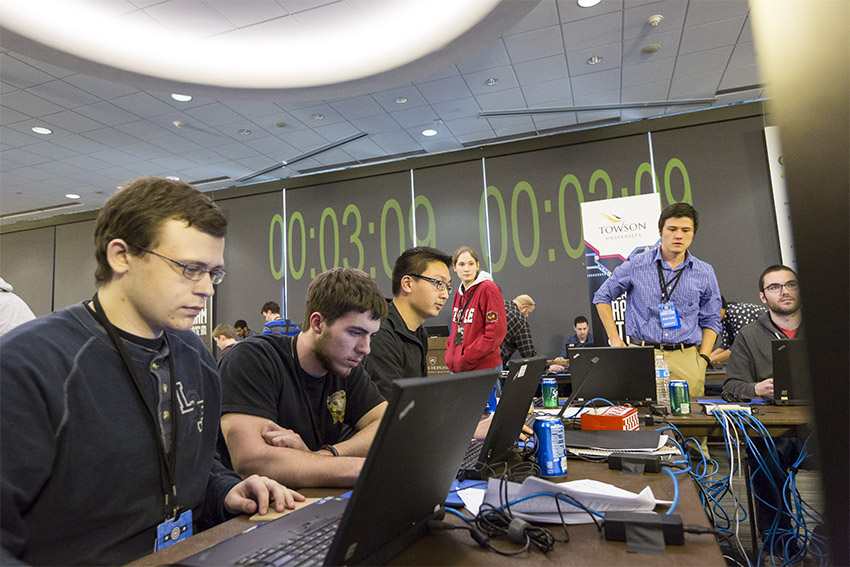 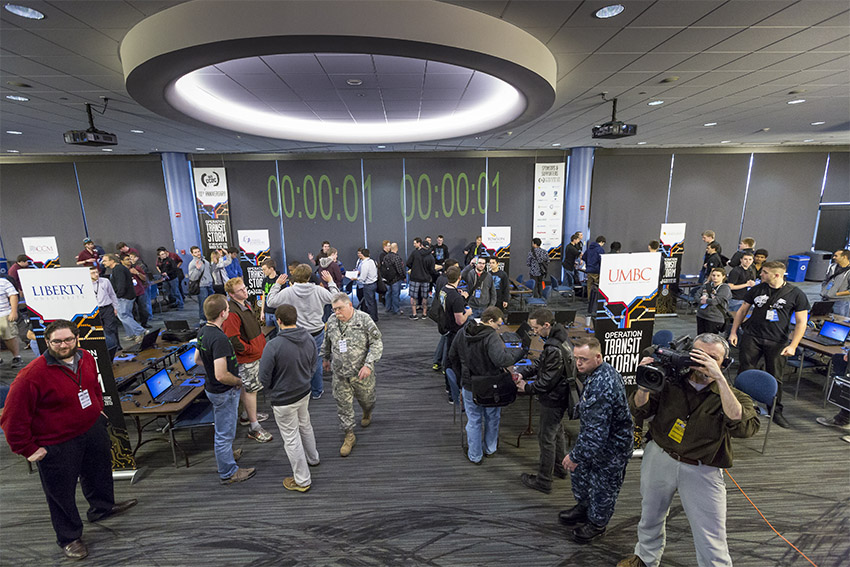 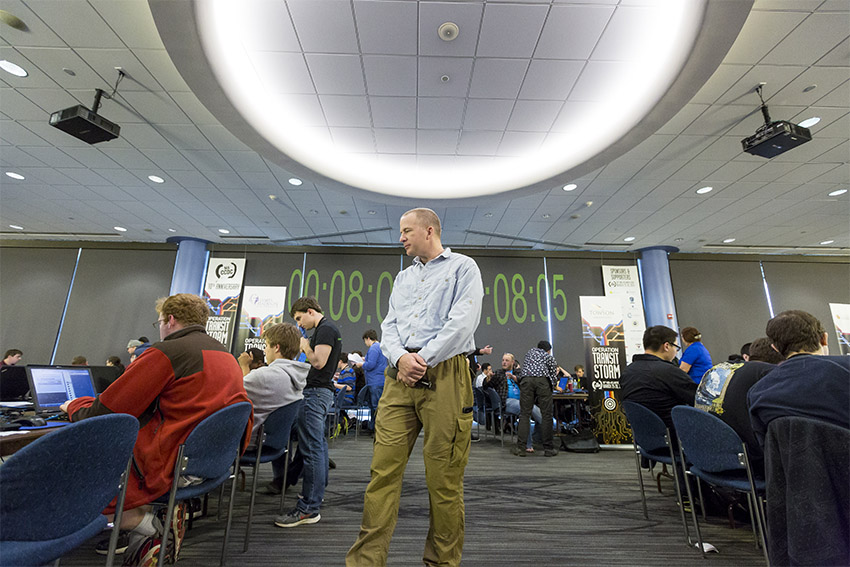 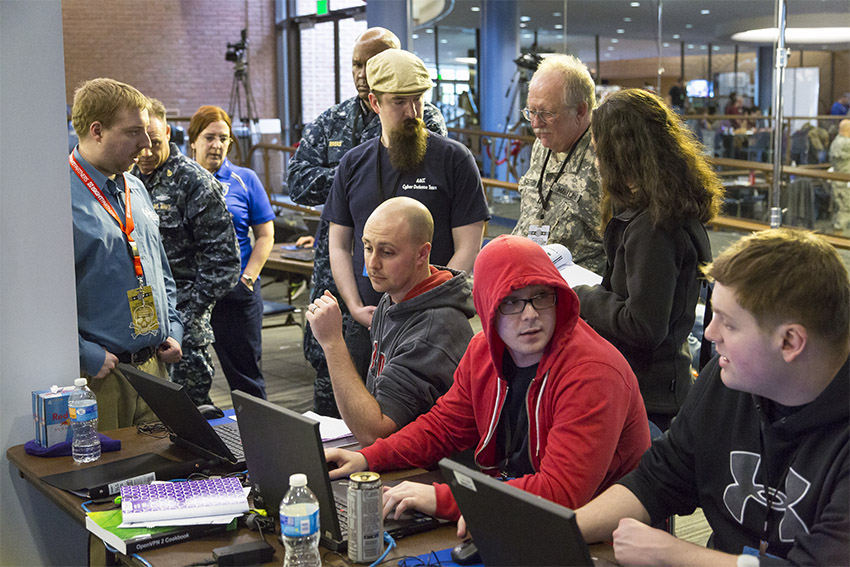 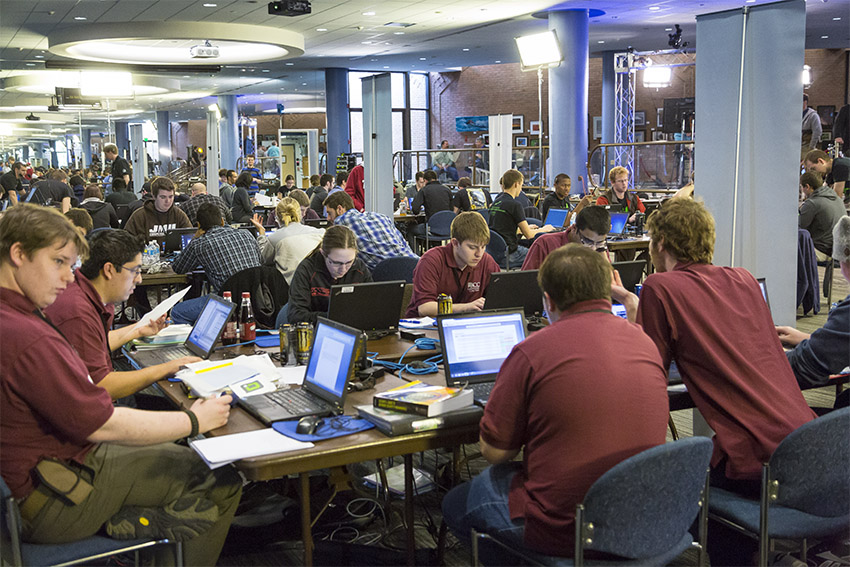 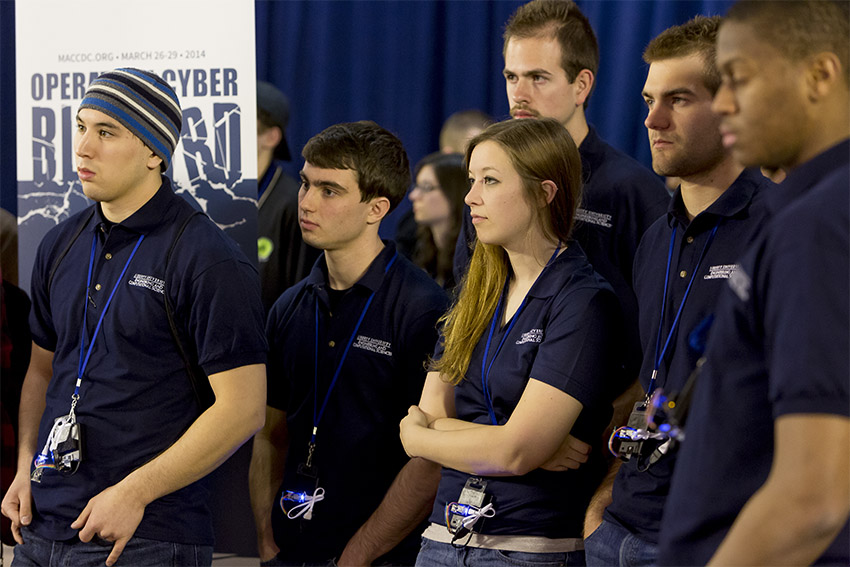 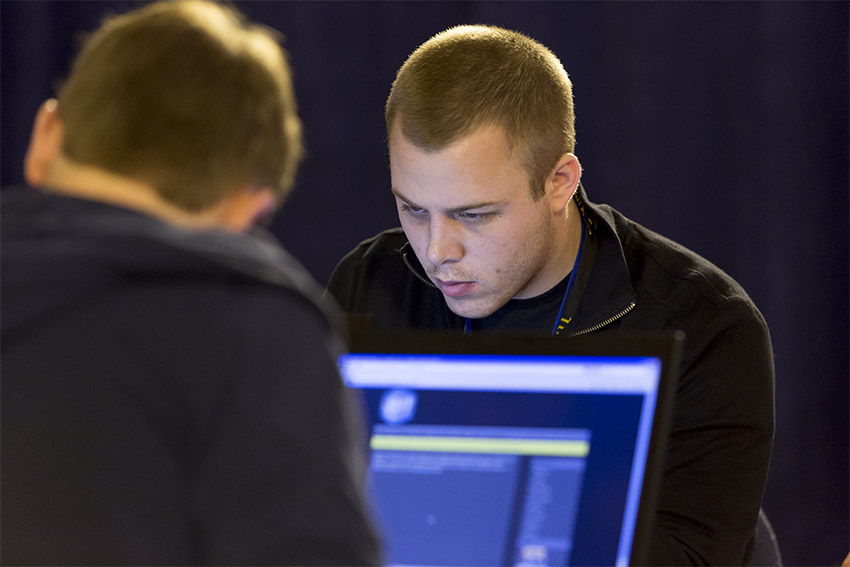 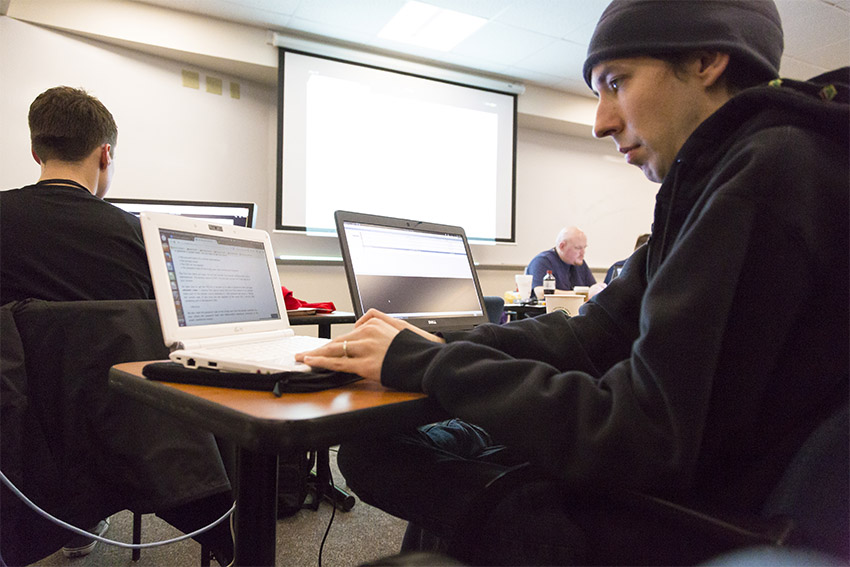 “Such experiential education increases the knowledge and expertise of future professionals who may be in a position to contribute to the secure design and operation of critical information and its supporting infrastructure” (from Exploring a National Cyber Security Exercise for Colleges and Universities, Lance J. Hoffman and Daniel Ragsdale, 2004). While similar to other cyber defense competitions in many aspects, MACCDC, as part of the National CCDC, is unique in that it focuses on the operational aspects of managing and protecting an existing network infrastructure. Teams are physically colocated in the same building. Each team is given physically identical computer configurations at the start of the competition. Throughout the competition, the teams have to ensure that the systems supply the specified services while under attack from a volunteer Red Team. In addition, the teams have to satisfy periodic “injects” that simulate business activities IT staff must deal with in the real world.

In spring 2006, five teams from Maryland, Virginia, and Pennsylvania competed in the 1st MACCDC. By today’s standards, the infrastructure was simple. Each team had a router, a firewall, and a small sampling of servers. Scoring was accomplished through a custom Perl script that checked network and service availability and integrity. In 2006, the teams defended a mere seven assets, including a router, a firewall, servers, and an IP surveillance camera, and there were only four Red Team members (“hackers”) attacking and disrupting the students’ infrastructure.

The National CyberWatch Center is a consortium of higher education institutions, public and private schools, businesses, and government agencies focused on collaborative efforts to advance cybersecurity education and strengthen the national cybersecurity workforce.

The MACCDC event has grown to more than thirty teams. Scoring is accomplished through an automated scoring system. Blue Teams are responsible for maintaining and defending various assets hosted in a virtual platform and on-premises. Teams are required to complete business injects that simulate the day-to-day operational aspect of a network or security operations center. The MACCDC Red Team has become so popular that minimum qualifications have been established for the volunteer participants, with more than twenty-five members from a variety of companies and government agencies around the country. Having grown beyond simply being a competition, the MACCDC is now a three-day event that includes a job fair – giving team members an opportunity to interact with potential employers.